October 26, 2016 March 9, 2019Clinical and Disease, Exercise and Fitness, Facts vs. Misbeliefs, Healthcare (and Some Politics)

Ask yourself one question: How do you want to survive?

General hospitals derive approximately 40% of their revenue from cardiovascular procedures.  According to the 2016 Physician Inpatient/Outpatient Revenue Survey conducted by Merritt Hawkins, a physician practicing invasive cardiology generates a net annual revenue of $2,448,136 for his or her respective facility. The reason may be obvious: cardiovascular disease (CVD) kills more people in the United States than any other cause, with cancer following closely in second place.

The western medical community has aptly found a way to cope with the prevalent problem of heart disease.  It’s become common practice to treat the symptoms and aftermath, leaving the cause unaffected. Granted, thousands of lives are prolonged due to procedures like coronary artery bypass grafts (CABG), balloon angioplasties and coronary stents, but… isn’t there an easier way? Compare our rates of CVD to those of other developed countries and the monkey is left scratching his head.  Further compare our healthcare costs with those same countries, and the paradox spirals further down into the abyss until an understanding is presented.  There exists a modern-day gold rush in the healthcare industry, and the risk for developing CVD can be significantly lowered with a no-cost alternative: physical activity. 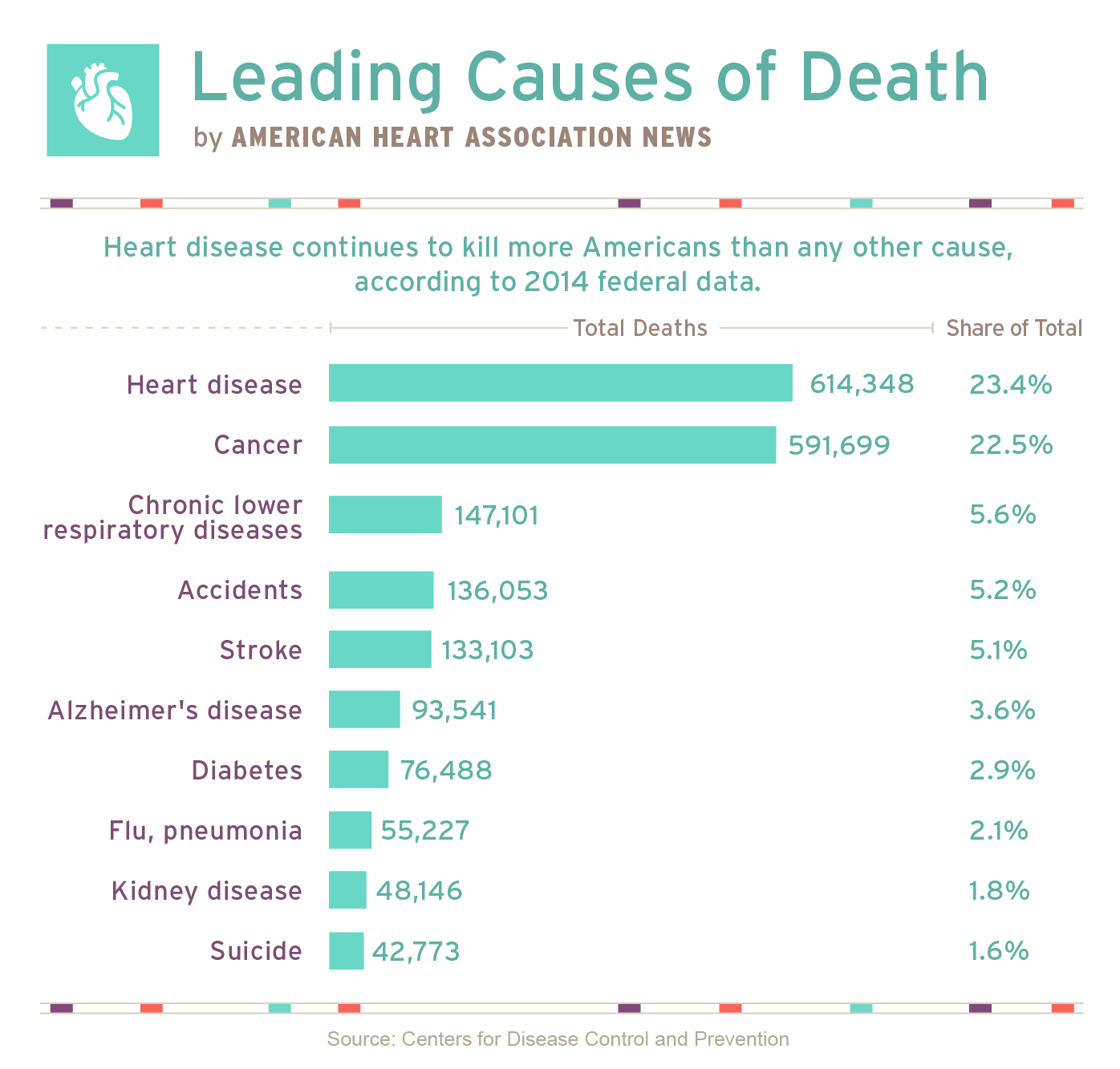 CVD is an all encompassing term with several major conditions falling under the umbrella, including coronary artery disease (CAD), chronic heart failure (CHF), primary hypertension and stroke.  CAD is characterized by atherosclerotic deposits of plaque forming along the endothelial (internal) walls of the coronary arteries that nourish the heart.  If an occlusion grows large enough it may lead to a myocardial infarction.

The fundamental driving force of the disease progress is inflammation.  Many lifestyle-related choices contribute to a systemic inflammatory response, leading to the gradual onset of atherosclerosis and CAD.  Smoking, physical inactivity, poor diet – all of these exacerbate the rate of vascular degeneration and stenosis.  Compound the aforementioned habits with an unavoidable hereditary predisposition in some cases, and heart disease is potentially inevitable.

One of the most common procedures used to treat CAD is the emplacement of a coronary stent.  A stent is a small, metal mesh tube that provides a reliable scaffolding, propping open a plaque-ridden artery. The result is improved blood flow to the heart and therefore, improved function.  Thousands of lives are prolonged each year.  Stenting is safer and easier than a bypass, however, it’s not a fix-all.  If poor lifestyle habits remain, then many patients face follow-up procedures. 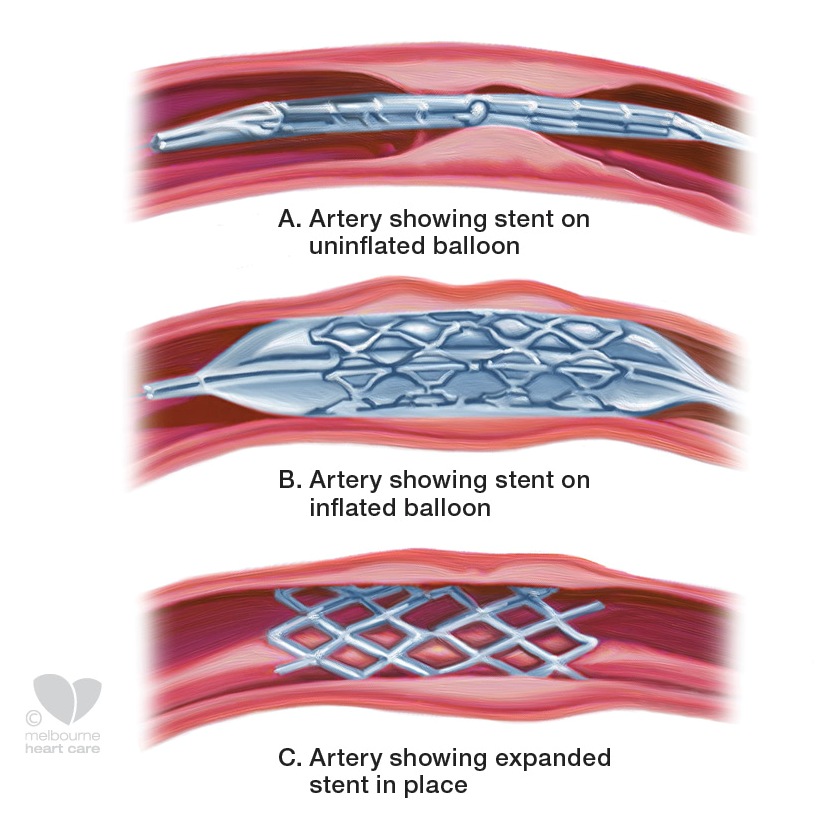 In 2003, the internationally-revered journal, Circulation, published an interesting article comparing the effects of a 12-month exercise intervention to the emplacement of a stent to treat CAD.  The randomized trial included 101 men with stable CAD, all of whom qualified for a percutaneous coronary intervention (PCI) with stenting.  The men were divided into two groups and either underwent a PCI with no changes to lifestyle, or were placed on a 12-month exercise program consisting of cycling and group exercise and received no stent.

Here are some of the major results:

Economically, the exercise intervention was the cheaper option.  The total average healthcare cost of lifestyle modification was about half (average of $3,708) compared to the procedural strategy ($6,086), taking into account the significantly higher number of adverse events in the stent group, training facilities and equipment.  Yet, we still get sucked into the invasive fix.

(A) Occluded artery; (B) after emplacement of stent. Notice restoration of blood flow in artery below location of stent.

Someone Is Getting Rich

All that being said, the use of stents as a treatment for CAD has been under scrutiny.  Questions have been raised regarding the overuse of stenting by physicians, i.e. the devices being selected as a go-to for patients that stand to gain little or no benefit from the procedure. Both the Joint Commission and the American Medical Association have published documentation illustrating the unforeseen dangers of conducting unnecessary angioplasties. Many nationally-published media outlets, such as Bloomberg, The New York Times, and US News, have relayed the controversy to the public, however, not much has changed.  Patient anxiety may be a driving force – to find out your risk of death increases due to an occluded artery will instill an underlying panic to survive, and stent emplacement is the quickest fix possible.  However, what exists that is often more powerful than individual human ethics? Lucrative practices.

In 2013, TIME Magazine dedicated an entire issue to a 2-year investigation into hospital billing.  The story, Bitter Pill: Why Medical Bills Are Killing Us, deserves applause – a representation of how good journalism should be.  The ambiguity between hospital costs stems from markup beyond baseline, government-determined Medicare rates – from astronomical markups on simple things like acetaminophen pills ($1.50 per pill at a hospital… $1.49 for 100 tablets on Amazon.com), X-rays ($20.44 according to Medicare… $283.00 at MD Anderson Cancer Center in Houston, TX) and, of course, more complex services like cardiovascular bypasses and stents.

Drs. Frank Booth, Christian Roberts and Matthew Laye composed a lengthy research article diving into the concept of physical inactivity as a primary cause for chronic disease.  The article, Lack of Exercise is a Major Cause of Chronic Diseases, investigates the role of physical activity as a primary prevention strategy for 35 chronic conditions, and discusses how sedentary time alters favorable biological and genetic adaptations that would otherwise exist in healthy, exercising individuals.  Large reductions in risk for developing CVD exist in individuals who regularly exercise, upwards of 50%.  Things a stent can’t do?  A stent cannot influence favorable changes in blood pressure, inflammatory markers and HbA1c, vascular tone, antioxidant and nitric oxide levels, aerobic exercise capacity, longevity… the list goes on.

Now, breathe and repeat the question: How do you want to survive?