Home Clinical and Disease Gluten Sensitivity… Are You for Real?!

Gluten Sensitivity… Are You for Real?!

If you’re not aware (and I don’t know how you couldn’t be), there has been a huge boom in the gluten-free market: books, celebrities, you name it. And the food products… some marked-up more than 300 percent. According to an article published by Dr.’s Glenn Gaesser and Siddhartha Angadi (2012), “between 2004 and 2011, the market for gluten-free products grew at a compound annual growth rate of 28%, with annual sales expected to reach approximately $2.6 billion in 2012.”

Filled with excess sugar and fat to make up for the lack of rise, spring and general tenderness of many wheat products, they are usually anything but healthy. When you decide upon indirect endorsements for the transformative elimination diet by listening to famous athletes like Novak Djokovic… who put bread on his tummy and was therefore diagnosed with a gluten intolerance… you fail to ask yourself if it is necessary, let alone healthy. So what’s up with all this gluten sensitivity stuff?

Here is the problem:

Like most other inconclusive social dietary freakouts and fads, there is very little scientific evidence to support this whole anti-gluten movement. In fact, most elimination diets that are not part of treating an underlying disease (celiac, Crohn’s, etc.) often cause more harm than good. “But what about the physician who authored Grain Brain,” you ask? Dr. David Perlmutter – his pedestal is similar to that of Dr. Oz – has somehow gotten away with giving questionable medical advice for years while turning a substantial profit. New York magazine had a great article entitled “The Problem with David Perlmutter, The Grain Brain Doctor.” Same with the book Wheat Belly and it’s author William Davis. Shaky science apparently sells, unfortunately.

Appropriate and necessary timing for entertainment: Jimmy Kimmel interviews pedestrians, asking them if they actually know what gluten is… do you?

There is clearly a disconnect between published scientific evidence and common social following/knowledge. There are several reasons for this that we can’t do a whole lot about, unfortunately. It takes years for research to happen (pharmaceutical trials, for example, take 10 years as required by the FDA), and for those conclusions to reach the common consumer. Unfortunately, quick conclusion for miracle cures are falsely portrayed, as human nature drives us to seek answers, even when answers are not present (yet). Fortunately, the goal of truPhys is to try and bridge the gap between published research and social access to information, and this topic focuses on debunking the inaccurate fear of gluten by masses.

Defining the difference between an allergy and an intolerance.

Most people are not aware that having a food allergy is NOT the same as having a food intolerance. Individuals with an intolerance to certain foods are unable to digest them due to some type of dysfunction. Take lactose intolerance as an example. The enzyme lactase, which breaks down the lactose sugar found in dairy products, is found in insufficient quantities in those who have the intolerance. (This is actually natural, as the body is supposed to stop genetically producing the enzyme as we wean off milk, but most people in the US do not stop consuming it.) Symptoms are primarily gastrointestinal and include abdominal pain and bloating, indigestion/cramping, flatulence, diarrhea, and nausea.

An allergy is an autoimmune response to a normally safe substance, like eggs. There are individuals that have been diagnosed with an allergy to wheat, dairy products (they are allergic to the casein protein found in milk), eggs, and many others. And although it is common, a life threatening response to a food does not have to exist for someone to have an allergy to it. The gastrointestinal symptoms to a food allergy are similar to those of an intolerance, however, other symptoms may present themselves, such as shortness of breath, wheezing, itching and/or a skin rash.

Gluten needs to be defined.

The family of proteins referred to as gluten is actually made up of two subgroups: gliadins and glutenins (to read more on the molecular composition, see Wieser, 2007, below). It is found in wheat, rye, barley and triticale, and provides elasticity, viscosity and texture to grain-based products. It makes our morning muffins and croissants springy and soft. 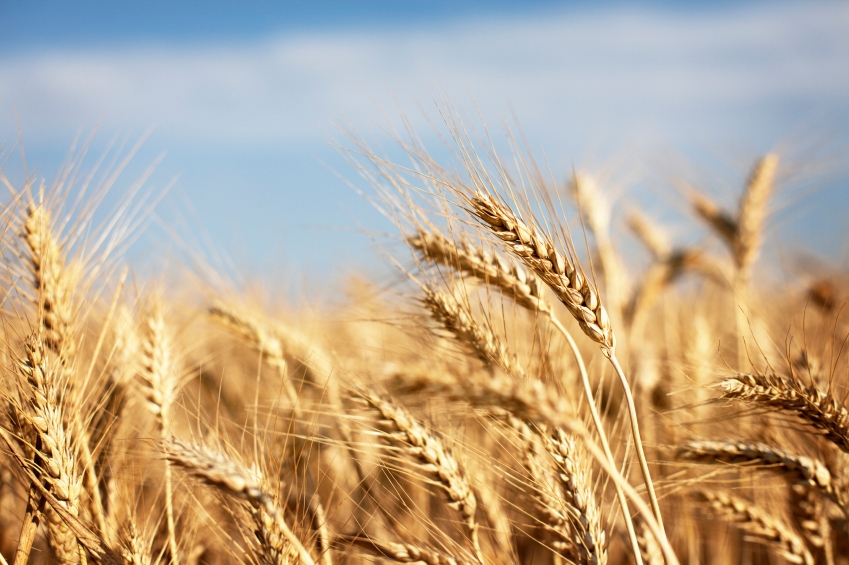 Individuals with certain intestinal disorders may not be able to digest gluten. Gluten-sensitive enteropathy (i.e. celiac disease, or celiac sprue), is a chronic malabsorptive autoimmune disorder of the small intestine. Not only are they unable to consume foods containing gluten, they cannot typically use any products containing gluten (some shampoos, beauty products, certain delivery methods of medications… you name it).

More than 90 percent of individuals suffering from celiac disease are genetically susceptible. Diagnosis is made with an antibody test, and less often, a small bowel biopsy may be conducted. Symptoms can manifest in infancy, and include the aforementioned list for food intolerance, as well as muscle atrophy, failure to thrive, among others. As adults, weakness, vitamin deficiency, hyperparathyroidism and increased risk for bone fractures, as well as other disorders such as dermatitis herpetiformis and gastroesophageal reflux disease (GERD), may manifest upon exposure to gluten.

Estimated prevalence of celiac disease is about 1 percent. According to some data, the elimination of gluten may also help other diseases (i.e. type I diabetes mellitus) and prevent the onset of gastrointestinal cancers. For those suffering from irritable bowel syndrome, gluten elimination is common practice, however, it’s not yet conclusive that those with IBS need to remove it to live symptom free (I will have more on this in another article). And of course, a wheat allergy would prevent you from consuming products containing wheat (but not gluten in barley and rye).

So what about non-celiac gluten sensitivity (NCGS)? It seems to be a common self-diagnosis correlated with the rapid increase in the gluten-free lifestyle. Little substantive evidence exists regarding NCGS. It is clinically differentiated from celiac disease and wheat allergy by way of testing, and is also different from IBS. In a double-blind crossover study published in the journal Gastroenterology, individuals with self-reported non-celiac gluten sensitivity and IBS placed on a low FODMAPs diet had no adverse reaction when they consumed gluten. (FODMAPs = fermentable, oligo-, di-, monosaccharides, and polyols). There is a lack of biomarkers pinpointed for diagnosing NCGS, and minimal understanding exists.

Some things we do know:

1. There are no published studies that support the common misbelief that a gluten-free diet will result in weight loss.

2. There exists a strong mind-body placebo effect. This is why a lot of randomized clinical trials use a placebo, and both subjects and researchers are blinded. “So why not just not think about it?” That is what people did, before it was a fad and all over the place in our faces at every corner of the bookstore, US magazine and grocery store aisle.

4. Miracle medical cures unsupported by scientific evidence do not exist – be weary. ‘Avoid vaccines and your children wont get autism.’ Avoid MSG and you won’t get migraines.’ ‘Avoid sugar and you won’t get fat. Avoid fat, too.’ Heck, it was originally thought that bananas were the cause of celiac disease.

Levinovitz, A. (2015). The Gluten Lie: And Other Myths about what You Eat. Simon and Schuster.

What is gluten? Retrieved May 1, 2016, from https://celiac.org/live-gluten-free/glutenfreediet/what-is-gluten/