Home Facts vs. Misbeliefs A (Partial) History of Vitamins – Are Supplements Necessary?

A (Partial) History of Vitamins – Are Supplements Necessary?

A few years ago, an article published in The Atlantic investigated whether or not taking extra vitamins was actually good for your health.  This same question appeared in other news outlets strewn about the internet, all with catchy headlines associating multi-vitamin consumption to a decrease in lifespan.

There is no argument that vitamins, polyphenols, minerals and other micronutrients are absolutely necessary for healthy physiological function.  Inverse correlations exist between lower disease and cancer rates and high fruit and vegetable consumption.  In 2015, the Lung Cancer Cohort Consortium concluded that vitamin B6 deficiency is associated with a moderate increase in lung cancer risk. It is also hailed for its ability to help combat symptoms in women suffering from pre-menstrual dysphoric disorder (PMDD) and severe pre-menstrual syndrome (PMS). Folate is absolutely essential for pregnant women to prevent birth defects such as spina bifida.  In addition, for extreme athletes or those under excess physiological stress, micronutrients are extremely valuable to maintain health and stave off illness due to alterations in metabolism and loss through sweat.

But in healthy adults, the role of micronutrients may differ.  Animals eat food, not individual constituents.  When derived from food, and when consumed at appropriate levels, these micronutrients do what they are proclaimed to do: maintain health.  Life fuels life. For example, the balance and construction of what comprises a tomato synergistically feeds the consumer and the energy is passed on.  This cannot be duplicated in a pill constructed based on recommended daily allowances (RDAs).  Absorption rates are altered and synergistic biological interplay between food constituents is lost.  As an additional supplement to a food-based diet in healthy adults, the dose makes the poison.

Some Basic Biochemistry.  Vitamins are a group of essential compounds that cannot be synthesized by the body and therefore must be obtained from the diet.  They are divided into two classes: water-soluble, and fat-soluble.  Because fat-soluble vitamins are stored in the body, they do not need to be consumed on a daily basis.  And just because these compounds are grouped together as vitamins does not mean they are structurally related.  Each type of vitamin has its own properties and specific function in the body.  Some are antioxidants, some are used in various stages of metabolism, others are essential parts of enzymatic structure, and some are hormone precursors. 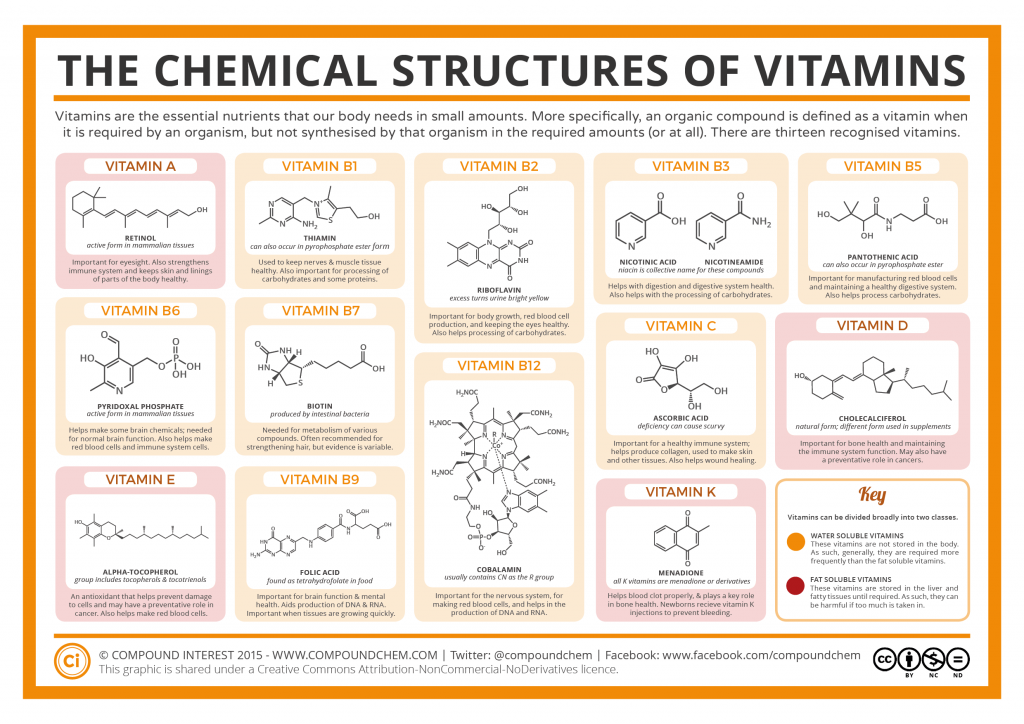 The War. In 1896, proclaimed biochemist Sir Frederick Gowland Hopkins came up with what we now call the “vitamin theory.” He hypothesized that there were unidentified, organic items contained within food aside from carbohydrates, fats and proteins, that were essential to life.  Many studies led him to develop this line of thought. After Louis Pasteur developed the germ theory in the mid-1800’s, the foundation of infectious disease understanding began to solidify.  But, unbeknownst to scientists at the time, illnesses such as scurvy, rickets, and beriberi all stem from vitamin deficiencies, not viruses or bacteria.

During the Franco-Prussian War, the French chemist Jean Baptist Dumas associated the increased death rate of infants and children to the inability to obtain milk due to supply chain cut offs to the French countryside.  In 1912, Hopkins continued Baptist’s milk-related investigations, only to conclude that there were micro-amounts of “accessory factors” necessary to sustain life contained within highly nutrient-dense foods. 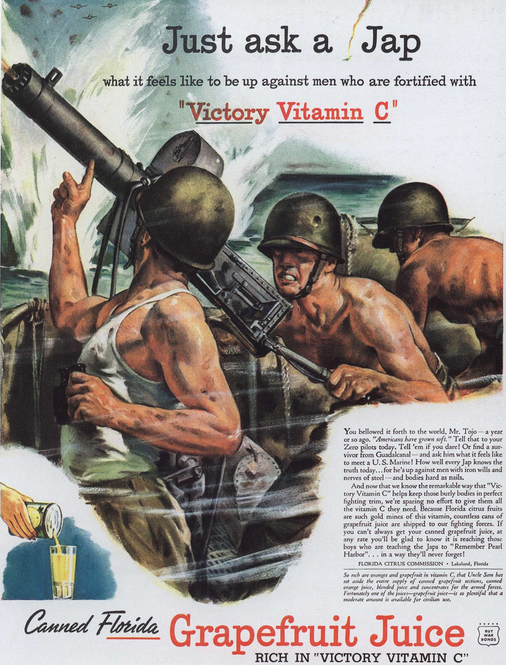 Fast forward a bit to the 1920’s and 30’s. Using some of the outcomes of previous milk study, pharmacists and industry alike pushed for the use of supplemental vitamins to help create the strongest possible military and secure a win in World War II. General Mills, the Mayo Clinic and One-A-Day were among the motivators. This idea went against what the US Food and Drug Administration stated – that there was no substantive evidence to support supplementation and increased performance, and a healthy balanced diet was enough to sustain good health.  Yet vitamin consumption was now publicly associated with increased strength and stamina. They were everything our Soldiers needed to beat the enemy.  Associations were made between diet deficiencies and weaknesses seen in the Germans in WWI, and Japanese during World War II  (vitamin B1 in particular).

In the 1930’s, foods, such as flour and cereal, were therefore enriched, as many began to believe the common food-based diet was overall inadequate, and supplementation of any facet was the solution. Why the Hype? Think about how much money the food industry sops up from labels such as, “Now with added Vitamin C!” And despite all of the information that discusses adverse effects of vitamin overconsumption, does this marketing ploy continue today? It certainly does.

Linus Pauling and Vitamin C.  Linus Pauling was a winner of two Nobel Prizes, in two unrelated categories. Pretty impressive. He was famous before he was famous, and because of that, what he published, people believed. This is typically how it goes, but sometimes the blind lead the blind, credentials aside.

To the regulars, Pauling is most known for his discovery of vitamin C and it’s use in the prevention of the common cold.  In fact, he took upwards of 18,000 mg per day he believed in it so much. To quickly comment on that, the current RDA is 90 and 75 mg/day (men and women, respectively).  An absolute minimum of 10 mg/day is necessary to prevent total somatic deficiency, and even this takes several weeks.  Vitamin C is important for the synthesis of collagen, a connective fiber that is used to provide structure and hold tissues together, such as our skin.  It is also an antioxidant, along with vitamin E, combating reactive oxygen species (ROS) produced by stresses such as exercise.

According to the National Institutes of Health Office of Dietary Supplements, our body cannot efficiently absorb anything over 1 g per day.  This leads into the problem.  Because of Pauling, it’s very, very common to believe that taking extra vitamin C will prevent the onset of a cold, or at least ease the symptoms.  Unfortunately, the current scientific community does not reach the same consensus (and they didn’t before Pauling declared this, either).  Several placebo-controlled studies have shown no additional benefit of consuming 200+ mg of vitamin C in the prevention of a cold after the onset of symptoms.  There has also been some tout for it’s use in cancer prevention, but overall, no consensus has been reached, some studies showing no effect of C on cancer.

More is Not Always Better.  There is a poor-diet epidemic in the U.S. So, what if the people supplement their poor diet with a multivitamin or something similar?  Chocolate cake is still chocolate cake, and butter still contains a lot of fat. Based on the introductory claim where vitamins increase the risk for mortality, are the unhealthy eaters’ risk of death increased by their not-so-good eating habits, or from the supplements?  Just because unhealthy foods are fortified or supplemented with a pill does not make the food any different.

It’s safe to conclude that most cases of micronutrient toxicity stem from the use of supplements.  Because fat-soluble vitamins are stored in the body, any extra can cause an excessive build up in adipose tissue.  The deleterious effects of this can lead to hypercalcemia, diarrhea, birth defects, vision alterations, liver damage, and even death.  Furthermore, just because water-soluble vitamins are not stored does not mean any excess will pass through the body and be excreted in urine without issue.  Excess consumption will lead to kidney stones, liver damage, diarrhea, skin lesions and other issues with the nervous system.

Supplemental Vitamins May or May Not Lead to an Increased Cancer and Cardiovascular Disease Risk.  Why the juxtaposition? It depends on several factors: the micronutrient in question, whether it is natural or synthetic, the population (men or women?), and the disease in question. Here are a few study conclusions. (There are more, of course, but the article can’t go on forever.)

It is clear that in some cases, the jury is still out. But regardless of the muddy science, nothing can replace food, and more so, a healthy diet.

P.S. Consumption of antioxidant supplements has been shown to have a negative impact on training adaptation, which is discussed in further detail in our article, Antioxidants and Training – Friend or Faux? 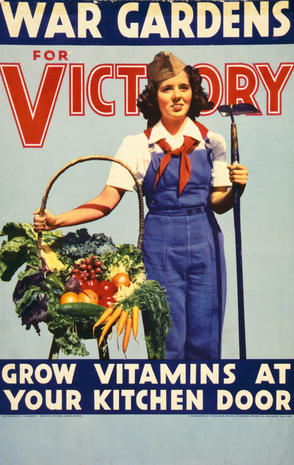 Apple, R. D. (2013). 9 Vitamins win the war: nutrition, commerce, and patriotism in the United States during the Second World War. Food, Science, Policy and Regulation in the Twentieth Century: International and Comparative Perspectives, 10, 135.

Offit, P. (2013) The vitamin myth: Why we think we need supplements. The atlantic. Retrieved from http://www.theatlantic.com/health/archive/2013/07/the-vitamin-myth-why-we-think-we-need-supplements/277947/